The World of the Unknown- Ghosts

Remember school book fairs? Those were always one of the best days of the year during elementary school. Back then, my literary diet consisted mostly of Garfield and The Far Side, but I always looked forward to book fair because they had books that you simply couldn't find at the local book store. Books for those who wanted to learn about the real mysteries of the world. You know, ghosts.

I had a small collection of books on the paranormal and weird, and I would read them again and again, speculating on whether or not there was anything to it. After all, they made books about such things, so there must be something behind it all.

In recent years, I have taken to trying to find those books on the secondary market, but the titles were all so generic that I never had any luck finding the covers that I remembered. Until the other day when I stumbled across an ad for this: 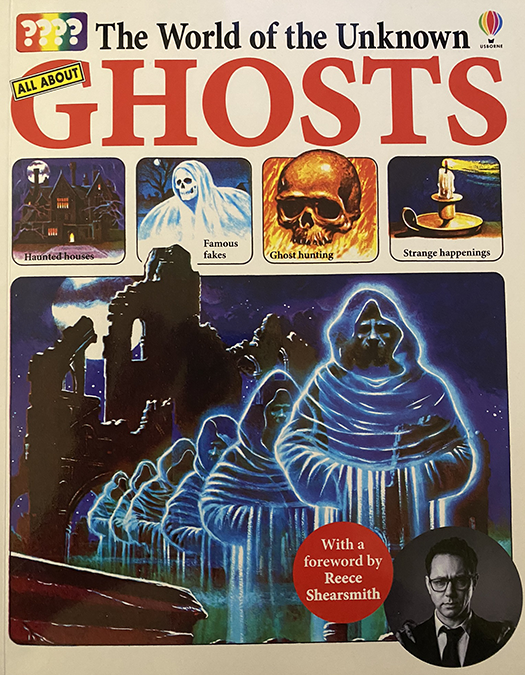 Usborne, the publisher, has reprinted it! It arrived yesterday and it is every bit as good as I remembered it. I don't believe that I ever owned this particular title, but I do remember checking it out from the school library on many occasions.

I guess I wasn't the only one to be impacted by this book because not many 1970's books on ghosts get reprinted today. In fact, I'm pretty confident in saying that this may be the only one.

I think that part of the appeal of this book is that it looks like other educational material from my childhood. The art style definitely fits with textbooks of the day, it asks hard hitting questions like what is a ghost? And best of all, it gives clear authoritative answers to those questions. To my eight year old brain, this was legitimate. 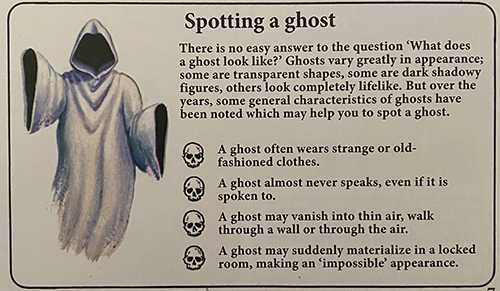 Honestly, I was having so much fun going through this book again that my first instinct was to post every page. But then I remembered that they reissued this because they wanted to sell copies, so I'm going to restrain myself and post a few of the sections that most intrigued me as a kid. 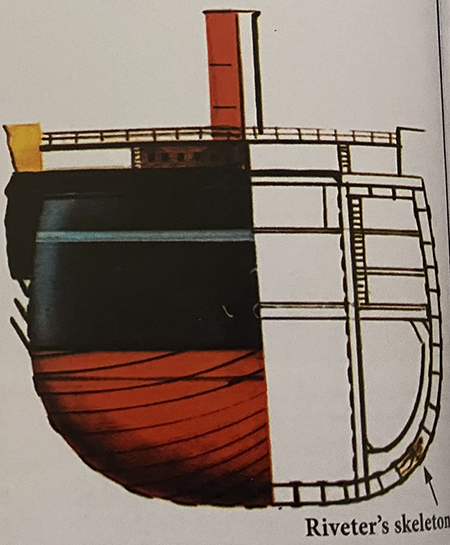 The Great Eastern
This one stuck with my because of the image above. It tells the story of the Great Eastern, a 19th century paddle ship that was built to transport passengers across the Atlantic. It was a ship that was fraught with mishaps during construction. There were delays, accidents, and a riveter even up and vanished. Once the ship was put to sea, it's fortunes never really changed. Guests complained of a constant knocking noise, it suffered a fire, and it lost its paddle wheel during a strong storm.

Upon suffering such damage, the ship was converted to a cargo ship and eventually sold for scrap.

The ship had a double hull and during scrapping, workers broke through to the second hull to discover a body within. The body? That of the riveter who vanished all those years before.

I remember staring at the diagram above and contemplating the horrible fate of that poor riveter. 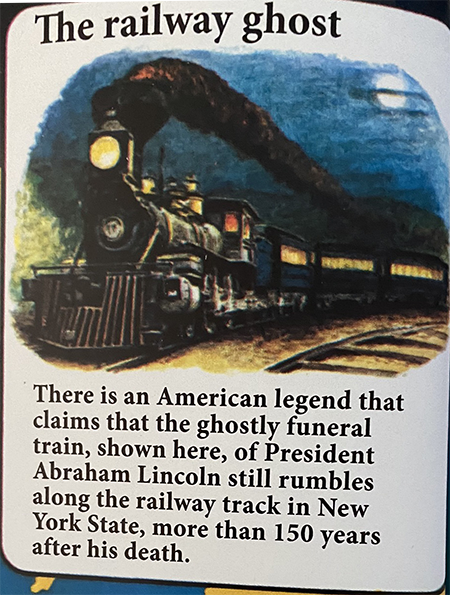 The Lincoln Ghost Train and the Civil War ghosts were also etched into my mind. This book only has a small blurb on Lincoln's Ghost Train, but I had another book on ghosts at the time that went into great detail on when the train arrived, what it looked like, it even described the appearances of the conductor and attendants. I used to really wonder at the thought of seeing such a thing. After all, the book made it seem like it wasn't much more than a matter of being at the right place at the appointed time. Like dinner reservations, or movie tickets. I was as macabre as I was gullible. Or was I? I'll concede that tails of runaway funeral trains and jinxed ships may be not be 100% proof of the other side, but what about hard evidence. A picture of a man with his deceased mother in law! Technology proves the existence of the paranormal.

The book has a few other examples of ghosts being caught on camera, but this has to be the most famous. I even remember seeing this picture floating around in the early days of the internet. You know, back when people would blindly believe anything they read online.

But just in case you required more direct proof, the book also has some information on how to conduct your own ghost hunt: 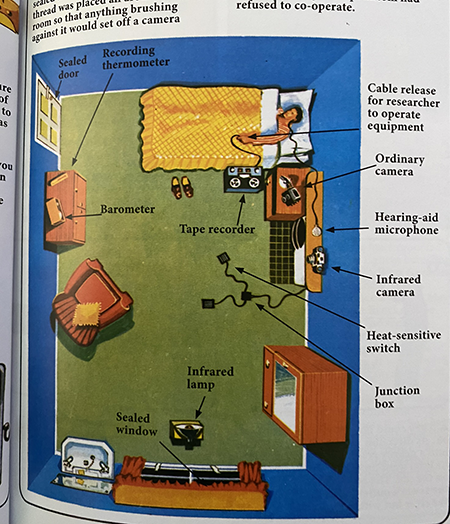 With this book and a quick trip to your local Radio Shack, you could be conducting your own scientific studies of the paranormal in no time.

Looking at this book now, I can see why it affected so many kids the way it did. I was half expecting this to be one of those things that paled to what it was through the lens of nostalgia, but it isn't the case here. It's just as much fun flipping through today- I even recognized some of the stories from the Lore podcast.

I don't post affiliate links, but it is available on Amazon, so be sure to grab a copy before it slips away.

And if you happen to know the name of the book with the detailed description of the Lincoln funeral train, please let me know what it is. I can't find it for the life of me.